Through this small operation, the new heart valve is placed over the diseased valve, whereby a new valve is obtained without surgery.

How does a valve work inside a valve?

This valve functions similarly to the meshes used to dilate coronary (coronary) vessels when they are clogged (due to myocardial infarction).

As soon as the new heart valve is placed, it removes the old valve and replaces it in regulating blood movement.

This operation is performed for those who have stenosis of the aortic valve but who cannot perform an open heart operation due to the presence of accompanying diseases.

What is involved in TAVR aortic valve replacement?

Valve replacement usually requires an open heart procedure with a "sternum incision", where the chest is surgically separated (opened) for replacement, while TAVR or TAVI can be done through very small incisions that leave all of the breastbone in place.

Although every operation, no matter how small, has several risks, the risks of this operation are very few, as it is similar to placing a stent in the coronary arteries, and it also provides a good option for patients who do not have the opportunity to change the valves through surgery, and there are two methods for this operation, the doctor chooses the best for your case :

The angiologist inserts the cardiac catheter from the femoral or radial artery, which does not require a surgical incision in the chest. Many patients are treated with sedative drugs and local anesthesia, which are called non-hypnotic narcotics. The valve is reached with the help of interventional radiology and the artificial valve is placed in place of the old valve.

The second procedure is done by entering through a very small incision in the chest and then accessing the aortic valve.

As mentioned, all operations involve some kind of risk, no matter how small. The risks of transcatheter aortic valve replacement (TAVR) may include the following:

Recently approved by the U.S. Food and Drug Administration (FDA), this procedure is an alternative to surgery for a patient with aortic valve stenosis if surgery is high-risk.

There are significant differences between standard aortic valve surgery and TAVI.

TAVR may also be an option if you have a biological valve that was previously implanted to replace the aortic valve but is now not working well.

Who is a suitable candidate for aortic valve replacement without surgery?

Patients who undergo a TAVI procedure are usually in their 70s or 80s, so they have other concomitant health problems, and these patients benefit most when using minimally invasive methods with a rapid recovery.

The quality of life - as I explained Studies Short term on this operation - it was similar with the surgery, but so far there are not enough studies on the preference of choosing treatment by catheter or by surgery.

But the installer so far via this study Several other studies show that transcatheter heart valve replacement is the gold standard for patients with symptomatic aortic valve stenosis who are classified as high risk for intervention.

You can also read more about Valve Replacement via Robotic Surgery in Turkey.

Bimaristan Medical Center It is your first choice for treatment in Turkey.
We guide you to the best expert specialists in all departments.
We facilitate the language of communication between you and everyone through specialized Arab doctors who will help you communicate with your doctor.
We help you secure the right treatment and high-end service in the most modern hospitals and medical centers in Turkey.
We provide our services extensively and precisely.
We will be with you step by step towards recovery.
Free consultations around the clock.
don't hesitate tous,Bimaristan center is your family in Turkey.

The aortic valve is replaced using a catheter by inserting a somewhat mesh-like valve through the femoral artery with a cardiac catheter where the new valve is placed inside the affected valve.

In young patients, the valve is permanently replaced surgically, whether through a robot, through a minimally invasive surgery, or through an open-heart surgery. However, in elderly patients or those who have a weak heart and cannot perform open heart surgery, aortic valve replacement using catheters is recommended because it allows the valve to be replaced with a minimal risk with increased longevity.

The cost of aortic valve replacement in Turkey ranges between 8 and 20 thousand US dollars.

The success rate of TAC in Turkey is approximately 95%. 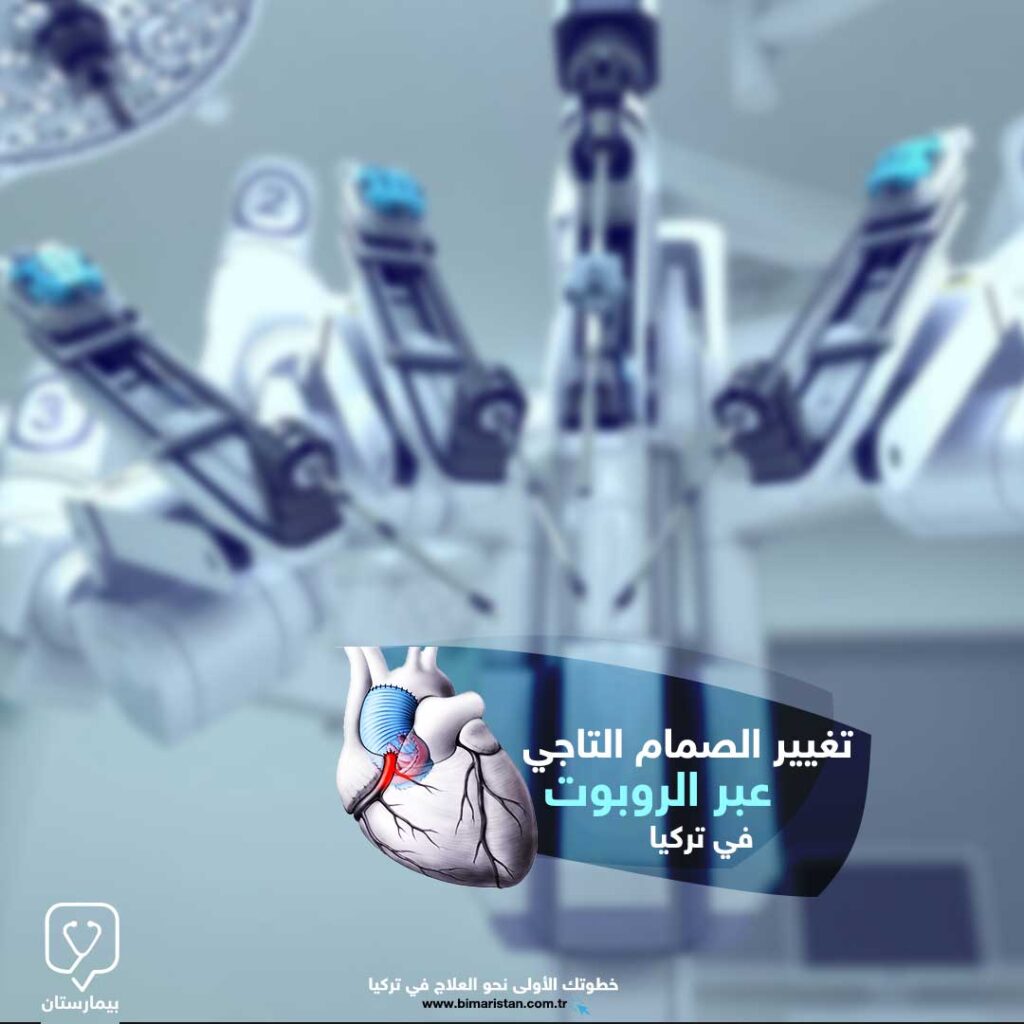 Over the years, the aortic valve may become insufficiency or narrow during its operation. An aortic valve replacement can be performed in… Heart valve replacement surgery is considered the definitive treatment for heart valve diseases and injuries, and has contributed to saving many heart patients in…