Skip to content
Table of Contents
What is a nevus in adults or children (vasculitis):
Types of red birthmarks in infants (vasculitis):
Methods of treating hemorrhagic nevus in children:
Surgical method for treating hematuria:
IPL (Pulsed Dye Laser) IPL:
Disadvantages of laser birthmark removal
Treatment of strawberry nevus through atherosclerosis at the site of the nevus, or what is known as injection nevus treatment:
Treatment of hematoma in Turkey through foaming drugs:
IRC (Infrared Coagulation Technique):
How does hemangioblastoma occur?

We will talk about the treatment of hematoma in Turkey in detail, and you will learn about the best methods for your case.

What is a nevus in adults or children (vasculitis): 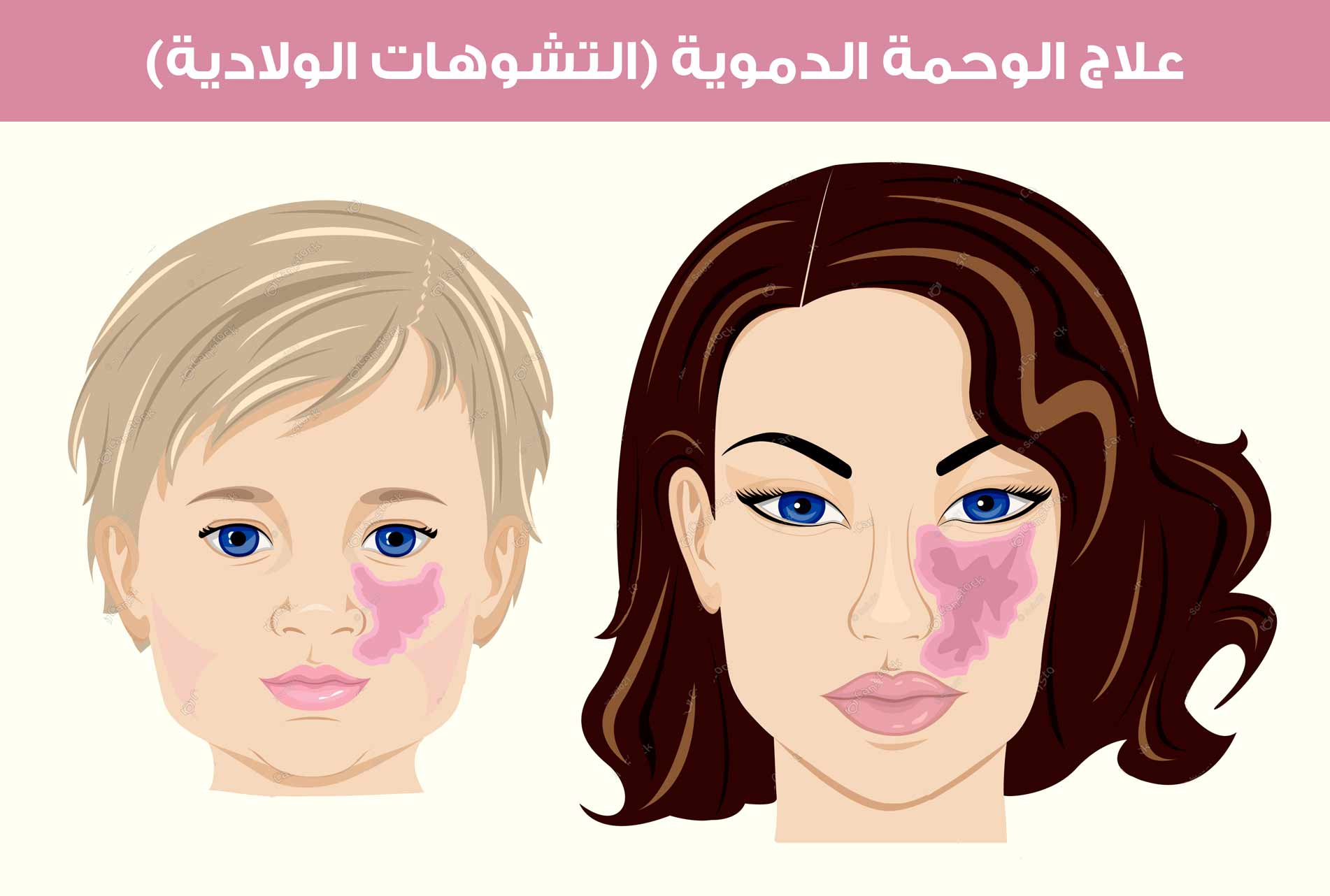 Vascular Hemangiomas Lesions It is a vascular disease caused by the accumulation of blood vessels in a particular place. This disease is common among infants and newborns, and it is called blood birthmarks.

These birthmarks may increase in size or cause bleeding over time, so the patient should undergo treatment as soon as possible.

These swellings are considered benign tumors.

The most common places for bloody birthmarks to appear are the hands, head, face, abdomen, chest and back.

The cause of birthmarks is due to the exposure of a protein to a mutation during the development of the fetus in the womb.

New studies have shown that female children are more prone to birthmarks.

Treatment of birthmark abnormalities requires a biopsy to find out the cause that led to the appearance of vasculitis, or the so-called birthmark.

Most of the time, these birthmarks disappear within two years of birth on their own or by using drug treatments and without leaving any scar or trace.
But sometimes it may continue to grow, which may require injection or laser treatment.

Wine or Port Wine stains: A bloody nevus usually appears in the form of a spot at birth or after it, and its color resembles wine wine, so the name is given to it.

strawberry nevus: It is one of the common types of blood birthmarks.

Angel kiss: It is a small vascular nevus that appears especially on the forehead and sometimes it may be in the form of a nevus on the scalp.

flower nevus: They are in the form of spots spread on the skin.

Stork nevus: A temporary nevus that usually appears on the neck is also called a salmon nevus.

Birthmarks that appear on the internal organs: Most of what is seen in the liver and can be treated if needed with the help of interventional radiology using catheters.

For the treatment of birthmarks in children, the patient must be examined by a specialized dermatologist or vascular doctor to determine the type of birthmark and the optimal treatment for it.

In general, blood birthmarks continue to disappear until a certain age, but in cases where the blood mark continues to grow, the patient must then perform some tests to determine the type of birthmark and determine the best way to treat it, as it is common for the patient to be injected with a hypodermic needle in the area of the birthmark and has given This method has good results, and the duration and number of sessions varies according to the size of the birthmark.

On the other hand, laser treatment is one of the best and most reliable methods, but it is generally used for birthmarks on the skin level, i.e. superficial birthmarks, where it is sufficient to expose the affected area to laser beams during one session and several sessions may need to be treated completely for the birthmark.

The laser is the preferred method for doctors and patients alike because the patient does not need to undergo surgery and there are no risks or side effects of treatment.

It is applied in cases where treatment by the previous methods does not work, but unfortunately it causes children problems with age, the effect of which varies according to the size of the birthmark and the area that must be treated through surgery.

This method is possible to apply in cases of superficial birthmarks, i.e. the target vessels must be at the level of the skin, where the heat generated by the laser is treated with the blood birthmarks.
The good thing is that these rays do not cause any harmful effects in the place of their application.
The doctor determines in advance the area that should be targeted with the laser, where the affected vessels absorb the thermal energy caused by the laser, causing a cauterization process (cauterization of the vessels) in the places where the hemangioma has spread, and during 10 to 15 sessions, the birthmark gradually diminishes until it disappears completely.

According to a study conducted with the probability of successful treatment in superficial birthmarks if treatment is started early, 25.9% of patients achieved a 100% cure and 41.1% showed an improvement of 76% to 99%.

So far, this device has not detected any side effects.

Treatment of strawberry nevus through atherosclerosis at the site of the nevus, or what is known as injection nevus treatment:

Where the capillaries are injected with a drug that causes hardening in the affected blood vessels in the presence of ultrasound, this substance softens and destroys abnormal blood vessels without any risk of bleeding in any of the healthy vessels.

Treatment of hematoma in Turkey through foaming drugs:

In this method, a foaming agent is used, where this substance is placed in a special container and a foam is generated that is withdrawn and injected using a special syringe in the area of the birthmark, where this substance gradually destroys the vessels causing the birthmark, causing these vessels to gradually dry out and return to the natural color of the skin over time.

Where infrared rays cause clotting in the affected vessels due to the high heat carried by the infrared rays.
This leads to the destruction of the vessels causing the birthmark and its gradual disappearance with time.
As the effect appears immediately upon application of the treatment, as the color of the target area turns from red to purple and then white immediately, one or two infrared beams with a circle of effect with a diameter of 6 to 7 mm are applied to each beam.

Infrared rays are applied with a protector to prevent an effect on the healthy areas around the birthmark. The time of application of each radiation beam ranges between 5 to 10 seconds and may last up to several minutes depending on the size of the birthmark.

This method is also effective by 100% in cases of varicose veins, but the treatment in these cases takes a long time from the patient according to the patient's condition and cannot be performed in one session.

How does hemangioblastoma occur?

30% of the cases present with birthmarks. The rest appears within one to four weeks after birth.
Its incidence in females is more than in males by 5 times.
The percentage is also increased in newborns who are underweight by 26%. 83% cases occur in the head and neck region.
They appear as blue or red spots, and the birthmark is rarely complete at birth.

It is a dilatation of vessels under the skin that appears as a red nevus.

Until now, the causes of vascular nevus are unknown, some of which are due to genetic causes.

The price of one session for laser vascular nevus treatment is about 150 USD. The number of sessions needed varies from patient to patient. 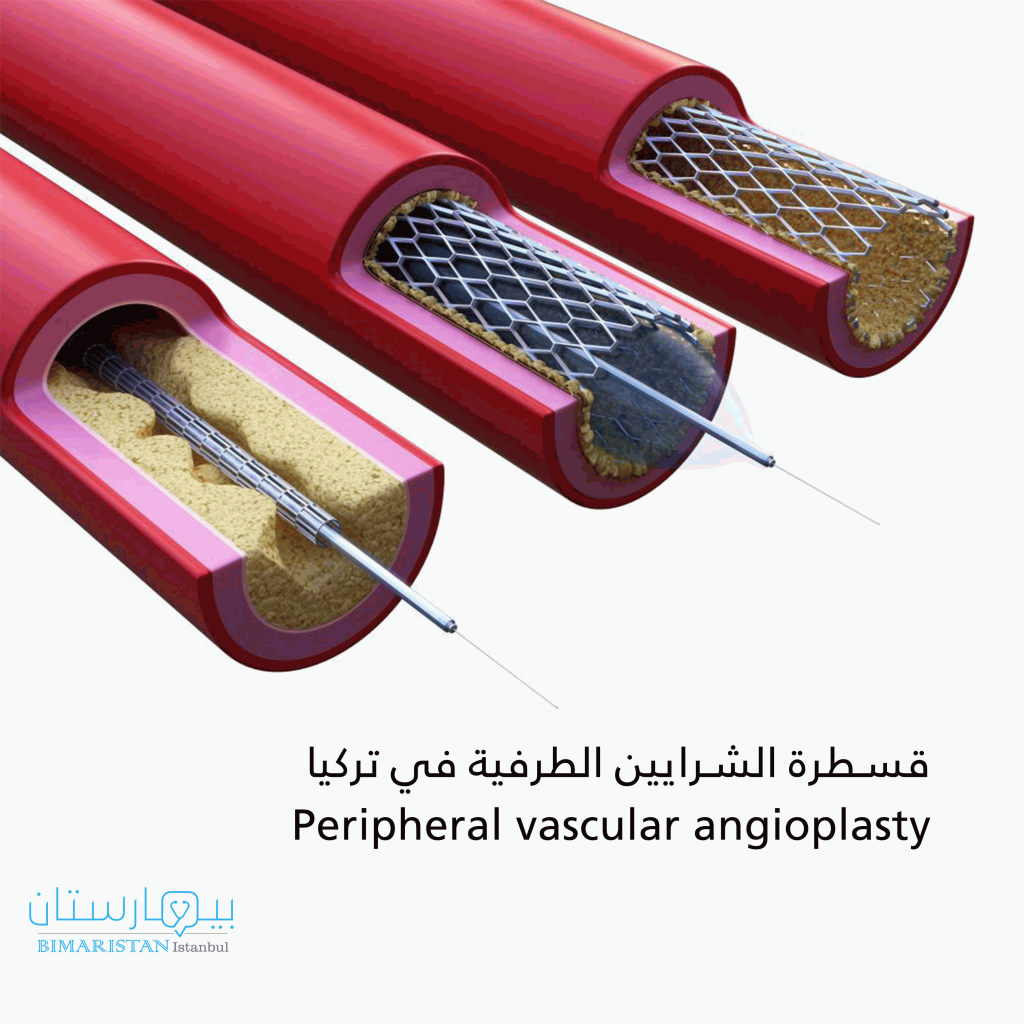 Peripheral vascular angioplasty is a procedure to treat peripheral artery disease in the legs. a general look at… Learn about the best ways to treat aortic stenosis by aortic artery bypass surgery, which is performed by the most skilled surgeons…