The spinal cord is an important nervous center, and the disorders that affect it, including the tethered cord syndrome, must be given special attention. Regarding that, Turkey has made great investments in the field of neurosurgery to become one of the leading countries in this field.

Tethered cord syndrome is a functional syndrome (many disorders) caused by the extension and stretching of the spinal cord due to its fixation in the caudal region as a result of congenital and rarely acquired disorders (such as tumors), and it is a term that can be applied to many diseases in which the spinal cord is fixed.

This abnormal fixation leads, with the passage of time and the growth of the spinal cord as a result of the child’s growth, to an increase in the expansion of the spinal cord, damage to the delicate and sensitive tissue in it, and the emergence of several neurological and systemic symptoms.

As a result of the variation in the speed of growth in people, the time for symptoms to appear varies, some of them have symptoms in early childhood, and some do not have symptoms until adulthood, and some patients have insignificant limitation of movement and do not show any symptoms.

What are the causes of Tethered Cord Syndrome?

We must understand that this syndrome is a physiological and functional disorder that results from the inability of the nerve cells in the spinal cord to use oxygen, that is, the impairment of oxidative metabolism, and this is due to a lack of oxygen supply (the ischemic effect) due to the stretching and extension of the spinal cord, and partly to a defect in the ion channels due to Extension of the cell membrane of axons and neurons.

Garceau first described 'filum terminal syndromeIn 1953 in 3 patients, and two decades later, in 1976, Hoffman and his colleagues coined the term “tethered cord syndrome” to describe the symptoms of their patients with spinal cord elongation and thickening of the terminal filament.

A physician named Yamada and other physicians expanded the term to include patients with other abnormalities that cause spinal cord tethering in 1981.

This syndrome was seen as a disease of children only, but as we mentioned previously, the cause can be congenital or acquired and affects adults and children, although it is much more common in children.

These tissues that connect and limit the movement of the spinal cord arise from several congenital anomalies, in particular due to defective closure of the neural tube (from the side of the spinal cord) during fetal development, a condition known as Spina bifida.

Types of spina bifida associated with tethered cord syndrome include:

Myelomeningocele: It is the incomplete formation of the bones of the neural canal in which the spinal cord resides, which leads to the protrusion of the nervous tissue to the outside (the hydrocele).

They also include Spinal cord division (diastematomyelia), Anda benign fat mass or lipomain the spinal cord.
Another lipid abnormality is lipomyelomeningoceleThe lipoma emerges from the spinal canal under the meninges, but is covered by normal skin.

This disorder can also be seen in patients with Arnold Chiari Malformation.

In many patients, the cause is mechanical as a result of thickening and loss of elasticity of the filum terminale, a condition often found in children (the filum terminale is a thread of tissue (glial cells) that connects the tip of the spinal cord with the sacrum), due to abnormal fibrous tissue growth, It is replaced by glial tissue, which leads to the ligation of the spinal cord from its caudal end.

There are many acquired causes of this syndrome, and these causes may be aggravating to a fixation that is already present in a child or an adult, including: tumors, infections, bruises or previous operations on the spinal cord.

There can be a genetic basis for this syndrome due to the fact that most of the causes of this syndrome are congenital diseases, but we cannot directly link genetics with it because this syndrome is a functional disorder whose symptoms appear only when the spinal cord is stretched, and studies are still ongoing in this field where some researchers have found a genetic predisposition to this syndrome in some patients.

What are the symptoms of a tethered cord?

The difference between a symptom and a sign is that the symptom is what the patient complains of (such as pain), and the sign is what the doctor sees or measures through a clinical examination or various tests.
Symptoms of this disorder vary with age, and of course there are common symptoms.

It includes several symptoms that vary in severity according to the speed of growth or the severity of the disorder, including:

In severe cases, deformities of the legs or feet or spinal deformities can occur like scoliosis Or lordosis (isthmus).

This syndrome is often associated with poor control of urine and stool (incontinence or fecal incontinence) and frequent urinary tract infections.

Constant pain in the back and legs, which is often severe and can spread to the genital area or rectum.

Back pain is often aggravated by bending forward slightly, sitting upright with legs crossed, or by holding a moderate weight (such as a child or a stack of books) at waist level. This type of pain is sometimes called a 3-B sign. For bending, Buddha sitting, and baby holding.

Sensory and motor impairment in the legs may lead to numbness, muscle wasting (atrophy) and fatigue after walking short distances.

Intestinal and bladder dysfunction manifested by increased frequency or urgency of urination and constipation.

How is tethered cord syndrome diagnosed in Turkey?

The patient's history must be taken in detail because it helps in the diagnosis greatly, and attention should be paid to the presence of any of the above-mentioned symptoms or signs.

Magnetic resonance imaging MRI is the best diagnostic tool here, and CT or US can help sometimes.

In some cases, doctors tend to use  (EMG) and nerve conduction studies to assess muscle function.

An electromyogram is a test that records electrical activity in skeletal (voluntary) muscles at rest and during contraction.
Abnormalities in this examination are seen only in patients with advanced tethered cord syndrome.

To find out more about the cost of diagnosis and treatment for Tethered Cord Syndrome please feel free to contact us, Bimaristan Center answers any questions about treatment in Turkey.

Most pediatric neurosurgeons believe that an infant or young child diagnosed with this syndrome, regardless of its origin, should undergo detethering.
However, there is much controversy surrounding the surgical management of this disorder, and while some authors and surgeons advocate preventive surgery, others suggest that surgery should only be performed when symptoms appear or become severe.

Some doctors just observe and monitor the condition in the absence of symptoms despite the presence of MRI confirmation.

Surgery is the treatment of choice if neurological symptoms are present. Surgeons choose the optimal method of surgery based on the cause or severity of the syndrome and the patient's acceptance of the surgery.

A laminectomy is performed in the vertebrae facing the place of fixation, then the dura is opened, and then the attached spinal cord is detethered, and if possible, the cause or mass that led to the fixation is removed.

But this process often degenerates, and the patient needs several other operations with age (especially in the case of children, where their spinal cord grows and they have new adhesions as a result of this growth).

And the frequent detethering operations and the formation of many surgical scars can cause a new cause of adhesions or functional problems in the spinal cord.

Doctors in hospital Johns Hopkins  and several other studies Preferred a new solution to recurring spinal cord adhesions (or what is known as a tethered cord), as they found that, after several detachment operations, the operation became almost useless in relieving symptoms.

Therefore, treatment is directed towards shortening the spinal cord through partial or total excision of some of the vertebrae (usually T12 vertebra).

This operation has helped many patients in their daily lives, and it can be said that this operation is a cure for this intractable problem.

and that Bimaristan Medical Center It directs you towards the best specialized centers for neurosurgery in Turkey, where Turkey has worked to add the latest medical devices and adopt the most optimal and latest surgeries in the world.

Prognosis and follow-up after treatment

The postoperative follow-up is very important because there may be a retethering and fixation of the spinal cord and thus we need a new surgery. Most patients perform well after surgery and the recovery period is from one to two weeks where the patient mustn't move much and should stay in bed so that the condition does not relapse or a leakage of cerebrospinal fluid occurs.

Sometimes some neurological and motor impairments cannot be completely corrected, but experience has shown that surgery soon after symptoms appear improves the chances of recovery and can prevent further functional deterioration of the spinal cord.

In back pain patients over 65 years of age, sessions of physical therapy and lifestyle changes to avoid pain-inducing factors can be performed.

Surgery is a preferred treatment option and has given the best results, and new surgeries other than detethering have recently developed significantly in Turkey and the recovery rate has increased significantly, as doctors want to shorten the spinal cord in order to prevent recurrence of the detethering process and to relief the patient of unpleasant symptoms affecting his life.

Yes, adults can present with it. Either tethering or fixation is present since they were young, but they did not show any symptoms, or it was due to an acquired disease, tumor, or surgery on the spinal cord.

Magnetic resonance imaging is the best diagnostic method after taking the clinical history in detail.

If there are symptoms of a tethered cord, It is better to surgically intervene to prevent the emergence of future symptoms caused by stretching of the spinal cord. In addition, there may be cysts or syrinxes in the spinal cord that need special treatment apart from detachment of the fixation itself.

However, the doctor can follow the pharmacological and physical treatment plan if there are reasons that prevent surgical intervention (such as elderly patients or a patient with high-risk diseases) or if he sees that this adhesion does not affect the patient’s life. 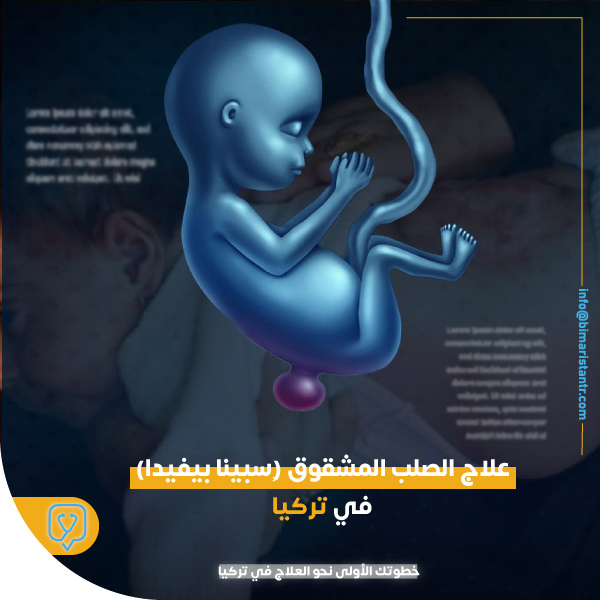 Spina bifida is one of the common spinal cord defects in children and may be dangerous to the child if neglected.