Robotic surgery for lung cancer involves the use of a camera that provides a detailed view of the inside of the patient's chest.

The term “robot” can be a bit misleading, as it is not the robot that performs the surgery.
Instead, the surgeon uses surgical instruments that they guide through the console, which means the surgery is done with the help of a robot.

Robot-assisted surgery is much less invasive (less incision) than open thoracic surgery, as it offers many factors to aid recovery.
It also has less risks.

Robot-assisted surgery is one of the minimally invasive alternatives to open thoracic surgery for lung cancer.

According to the American Lung Association. Another minimally invasive surgical option is video-assisted thoracoscopic surgery (VATS). Minimally invasive means that the surgeon makes only small cuts when performing the surgery.

This system allows the surgeon to operate in the chest area using a high-resolution 3D camera and small rotating tools.
These tools move in a similar way to the human hand but with a greater range of motion and precision.

Since 2000, when the first robotic system of surgery was introduced, Robotic Assisted Thoracic Surgery (RATS) has been approved by an increasing number of centers around the world and is today used in 10% of lobectomy operations.
Here, we review the characteristics and function of the robotic system available today (ie the Da Vinci Surgical System), identify different techniques for primary pneumonectomy via RATS, and compare RATS with video-assisted thoracoscopic surgery (VATS) and thoracotomy (thoracotomy means open chest surgery), and prediction of future developments

How does the surgical procedure happen?

During robot-assisted surgery, the surgeon sits at a console and makes small cuts through which the operation is performed.
Then they insert a camera and mini-surgical tools into the area of the lung cancer. The console transmits a 360-degree camera view of the surgical field.

The surgeon holds the controls and makes small hand movements.
The system translates these into small movements by surgical tools inside the lungs.
Finally, the surgeon removes lung tissue through one of the incisions along with surgical tools.

The doctor will consider the person's condition and medical history before deciding whether robot-assisted surgery is an appropriate option for them.

A person may be suitable for this type of surgery if the tumor is close to outside the lungs and not connected to blood vessels.

Surgeons may use robotic technology for three types of lung cancer surgery. These include:

Research comparing outcomes for people with non-small cell lung cancer after the three types of surgery has found a link between lobectomy and higher survival rates.

Among the participants for whom pulmonary lobectomy was not appropriate, outcomes were better when they had segmentation surgery than when they had wedge resection.

A lobectomy may produce better results, but not everyone can have the procedure.

For example, in one study, researchers note that doctors may recommend either resection or segmentation for people who have a limited amount of early-stage lung cancer.
These two options are called subtotal resections.

What are the benefits and risks of robotic surgery for lung cancer?

Since robotic-assisted surgery is minimally invasive, it has many benefits. These include:

The body's response to robot-assisted surgery varies from person to person.
A person's response depends on several factors, such as their medical history and the type of lung cancer.

compare Study in the annals Thoracic surgery Effects of a robotic lobectomy with the effects of an open thoracic lobectomy.
The researchers found that robot-assisted surgery resulted in lower complication rates and shorter hospital stays.

Other research in the Journal of Thoracic and Cardiovascular Surgery reported long-term survival rates for people who underwent robotic lobectomy to treat non-small cell lung cancer.
The 5-year survival rates are promising.

For example, it provides the surgeon with better vision and greater precision in movement.
However, more research is necessary to determine if the benefits lead to better outcomes for patients.

All surgeries, even minimally invasive surgeries for lung cancer, have risks, such as:

What should you expect before entering the process? 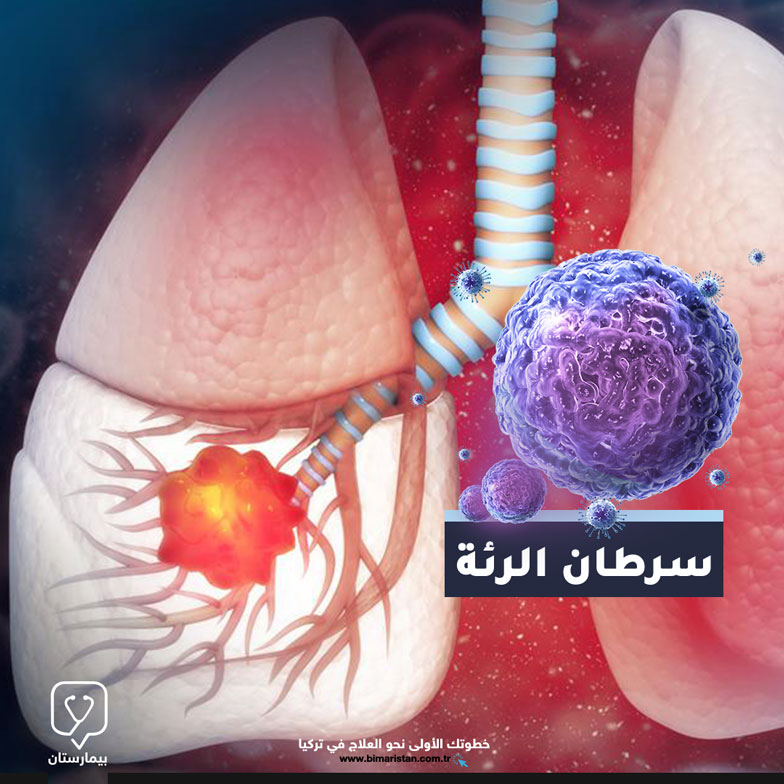 Lung cancer symptoms, diagnosis and treatment in Turkey through the latest available technologies, whether surgical, radiological, chemical or smart treatments…

Video-assisted lobectomy as a type of minimally invasive chest surgery Lung cancer is the leading cause of cancer death in the United States,…