studies show that Kidney Transplant of complex operations. It requires proper preparation prior to surgery.
You need to use advanced techniques and an experienced team as well as critical care professionals to follow up the patient after the kidney transplant.

By using robots in transport operations, the accuracy of surgical work is increased to 15 times compared to traditional methods.
It provides the doctor with a more accurate and smoother imaging system, which enables him to reach the finest blood vessels within the surgical site.

In the robotic surgery system using the da Vinci robot:

The camera and its three robotic arms are placed at specific points on the abdomen. Thanks to these arms, anastomosis of the kidney vessels is performed through a small incision for increased safety.
Then an incision is made in the lower abdomen at the beginning of the surgery, which enables the doctor to intervene in emergency cases.

What do you know about the robot kidney transplant?

Robotic surgery gives both the surgeon and the patient many advantages, the most important of which is the quality of the surgeon's vision during the kidney transplant process, as the high-resolution camera provides superior 3D vision.
It has the ability to magnify up to 15 times, which facilitates the work of the surgeon and increases the accuracy of the surgical work.

The robotic arms also have the ability to move at an angle of 540 degrees in all directions, which makes them able to perform surgery even in the deepest parts of the body that the human wrist cannot provide to the surgeon.

The da Vinci robotic surgery system feature also prevents the surgeon from transmitting any unnecessary manual jolt to the arms.

In the case of classic surgeries, the surgeons are forced to spend the operation standing until the end of the operation, which leads to fatigue in the long surgical interventions, while the robotic surgeon performs the kidney transplant while sitting, which reduces the fatigue caused by fatigue and increases his focus during work.

The robot moves according to the surgeon's wrist movements with extreme precision, which gives it a much greater advantage compared to laparoscopy, especially in the stages of tissue suturing.
You can learn about the movement of the robot through this video on YouTube.

also this Study It shows how robotic kidney transplantation reduces the postoperative recovery period in contrast to conventional surgery, which gives it an important advantage over other traditional methods.

You can get acquainted with some hospitals that perform kidney transplants.

We at Bimaristan guarantee you the best kidney transplant centers in Turkey at the most suitable prices.

Bimaristan Medical Center remains your first choice for treatment in Turkey.
We direct you to the best expert specialists in all fields, we break the language barrier, Arab specialist doctors will help you communicate with your doctor, we help you book an appointment in the most important and latest hospitals in Turkey,
We provide our services throughout Turkey, the best place to provide you with treatment is our destination.
We will be with you step by step towards recovery.
Free consultations around the clock.
do not hesitate Contact us,Bimaristan center is your family in Turkey.

There are many centers in Turkey that take a kidney from a donor using robots.
As for its cultivation in the donated patient, it is only done in one or two centers.

So far, there are no documented studies that prove that the results obtained by a patient who undergoes robotic-assisted kidney surgery are better than others in the long run, but what is certain is that it reduces pain and complications after surgery, which is one of the most important problems associated with organ transplants.

Turkey prohibits foreign patients from obtaining organs from deceased persons, so the patient must attend with a donor with whom he is related to the fourth degree, or a person who wants to donate of his own free will after undergoing a session with the Mufti and the highest military rank in the region. 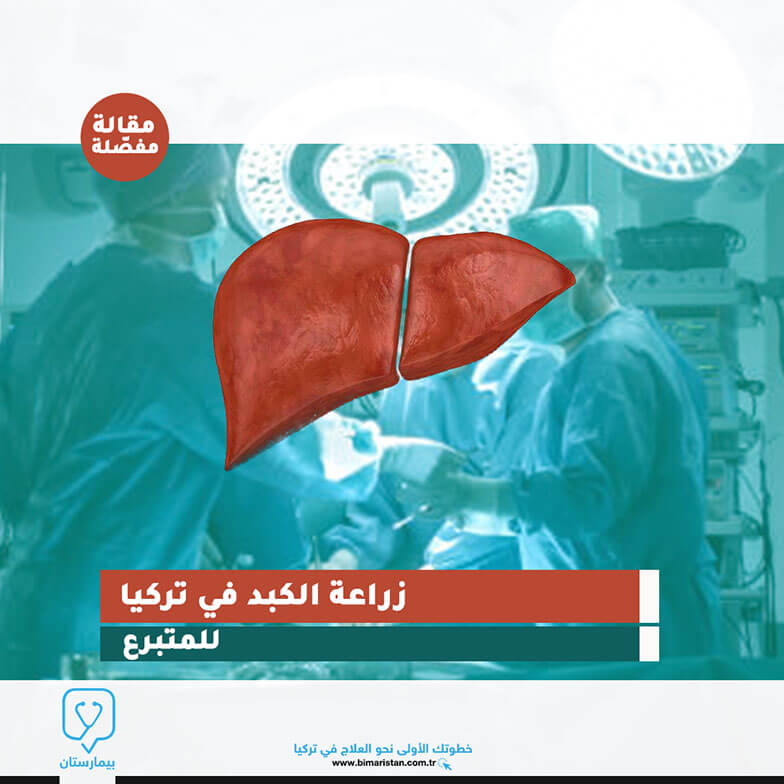 The liver is an essential organ in the body that cannot be dispensed with, and due to its importance in excreting toxins, it is exposed to many problems, so…

An introductory article about the kidney transplantation process in Turkey in detail, as Turkey has become one of the best countries to…